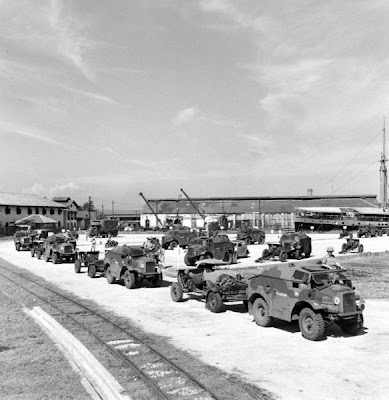 25pdr guns with their quad tractors & ammo lumbers embarked at Keppel Harbour, Singapore November 1941 - enroute to Northern Malaya via rail. (source:life)
The list is not complete as I have difficulty tracing some batteries composition that have been attached, detached from their Field Regiments. Your inouts are most welcome - TOM

Email ThisBlogThis!Share to TwitterShare to FacebookShare to Pinterest
Labels: December 1941